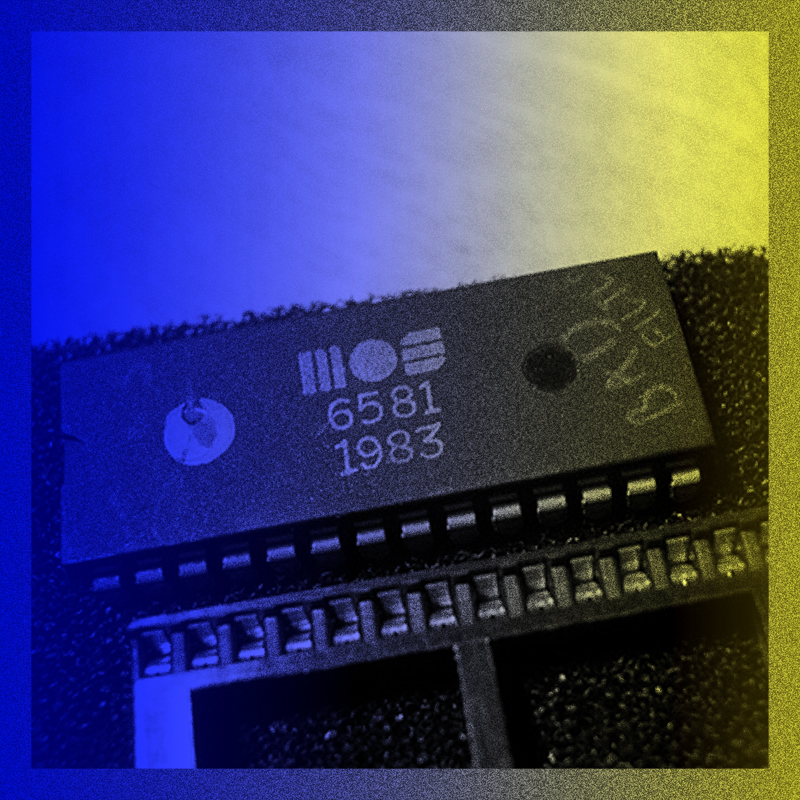 Restrictions can be oddly powerful in music. They force choices: in design and composition, they make you choose what’s important and what can be compromised. As those decisions accumulate, they form the imprint of personality, what’s essential rising to the top.

When people admire older electronic instruments, it’s not necessarily for their age, but because they represent these kinds of personalities. They stand apart from a linear, technological history – the progression from a “primitive” instrument to a “better” one – and instead become something more timeless.

The appetite for vintage synths like the Minimoog or Korg MS-20 is well known, but enclaves of electronic artists also favor specific synthesis chips, relics of the early digital epoch that powered popular early game machines and computer systems. Of all of these, the most legendary is the MOS Technology 6581/8580, known best by the name it held in the Commodore 64: the SID (Sound Interface Device).

The single individual most surprised by the SID’s success is undoubtedly its designer, Robert Yannes. Yannes, who would go on to found Ensoniq – a key maker of samplers and synth keyboards in the 1980s – was at the time of the Commodore 64′s debut working for chip maker MOS. (MOS, not pricier Intel, was also the supplier of the microprocessors in the early Commodore, Apple, Atari, and BBC Micro computers, as well as Nintendo’s NES.) Commodore wanted greater sound capabilities for their Commodore 64 computer, and MOS supplied the solution. The chip Yannes created didn’t satisfy its designer – lacking functionality he had intended, and even failing to include the correct specification for the filter. But it was also a benchmark of what was still to come in electronic synthesis, it single-handedly transformed the use of sound in computing, and, most importantly, became a unique tool for two generations of composers and musicians.

A SID TIMELINE// 1981// Bob Yannes designs the MOS Technology SID 6581. 1982//Commodore 64 goes on sale for US$595. 1985// Revised 8580 SID is corrected to specifications. Rob Hubbard’s Commando sets a new standard in game music. 1986//Hacker groups construct homemade visuals to music hacked from Commodore 64 games; the demoscene as we know it is born. 1989// An early software emulation of the SID runs on the Amiga, launching a community around reproducing music composed for the SID. 1994// Commodore 64 is discontinued, having sold 17 million units. 1999//Elektron introduces the SidStation sound module, using the vintage 6581chip. 2007//MSSIAH ships – the latest music cartridge for the Commodore 64, complete with MIDI.

Peter Kirn is a composer, artist, and writer, editor of Create Digital Music and Create Digital Motion, and co-producer of the MeeBlip open source synth. American-born, he is based in Berlin.