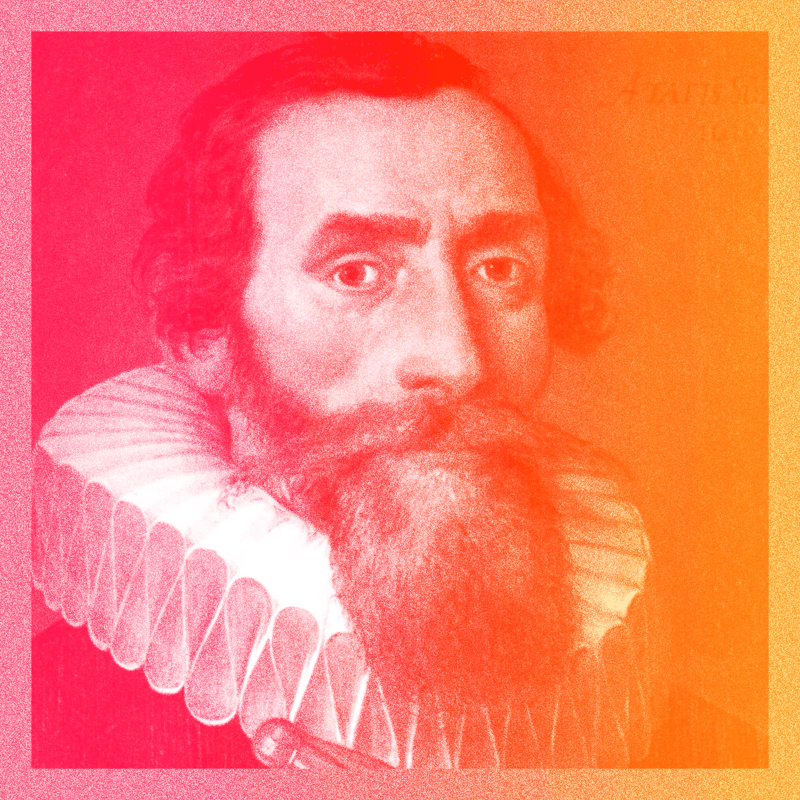 Johannes Kepler was a German mathematician, astronomer and astrologer, best known for his laws of planetary motion and for numerous other important astronomical researches.

During his career, Kepler wrote several seminal books, including Harmonice Mundi (The Harmony Of The World) in 1619. He discovered physical harmonies in planetary motion and explained the proportions of astronomical and astrological worlds in terms of music. He also found that the difference between the maximum and minimum angular speeds of an orbiting planet approximate a harmonic proportion, and discovered the influence of the sun to the motion of other planets.

In an era dominated by the catholic church, Kepler was driven by the religious belief that God had created the world to an intelligible plan. He was convinced about the connection between the physical and spiritual world. To Kepler, the universe itself was an image of God and the world a mirror of it. As for the human mind, that was there to realize and appreciate it.